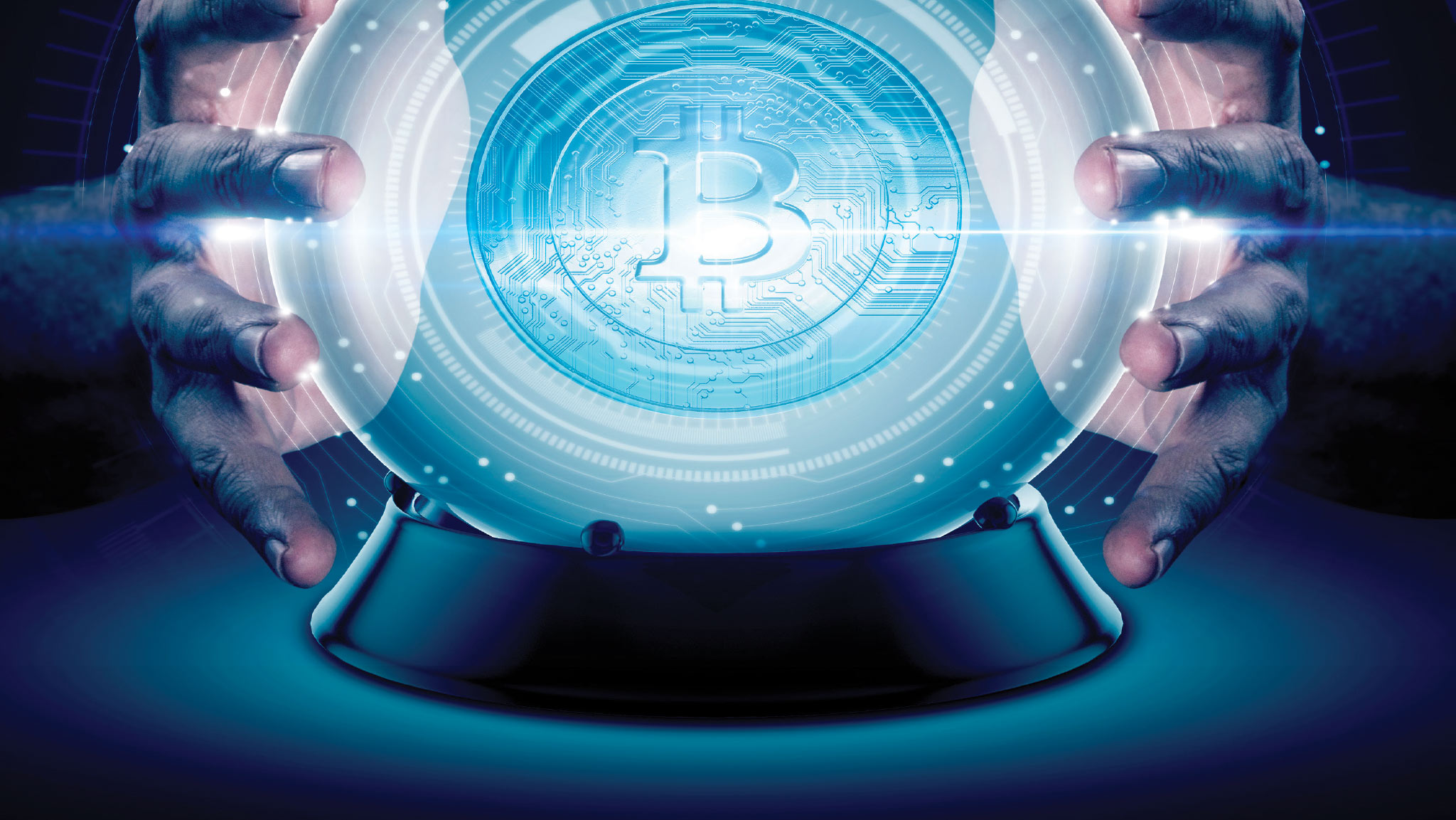 “Know what you are investing in” is a steadfast, uncontroversial investing adage. Unfortunately, when it comes to bitcoin, this advice is being dangerously overlooked by both novice and seasoned investors. In this article I seek to set the record straight on what bitcoin was and has become, and what I believe is the biggest risk associated with bitcoin today.

When I bought my first bitcoin (BTC) in 2013 at 25 years of age, it was a small investment appropriate for my risk tolerance and stage of life. Not knowing much about it at first, I began learning all I could. My conviction grew, and in 2015 I invested much more, between $400 and $700 a coin. Little did I know I was about to go down a rabbit hole that would ultimately take me to a small town in central Washington state, building rudimentary data centers in garages to cash in on the bitcoin mining craze.

Bitcoin was designed to be a digital cash system. Unfortunately, the first real use case was Silk Road, an online marketplace for buying and selling illegal drugs. Although this gave bitcoin a bad name, the potential for its use in legal commerce was obvious. I liked the fact that a limited supply of bitcoins (21 million) was built into the protocol. It was a currency, not backed by a government but by computing power and law,1 so its value could not be inflated away. Bitcoin as a cash system was a very attractive investment in my view.

In the early days of bitcoin, because few people really understood how it worked,2 investors would send and receive units of bitcoin to gain a better understanding of the investment they had made. They saw their BTC leave one wallet and enter another wallet within seconds.3 In the early 2010s, instantaneous payment tools such as Venmo, Cash App, Apple Cash, and Zelle did not exist. Options for sending money were limited. An ACH transfer took several days and wiring money could take several hours at a cost of around $25, whereas bitcoin fees were less than a cent. Bitcoin had a magical feel to it.

Today, bitcoin fees are roughly $10 per transaction, yet the average investor has never actually used bitcoin for transacting. Why would they? Modern USD payment tools are far superior to BTC. Instead, investors are purchasing units of BTC on Coinbase and watching in awe as the value of their investment increases. Certainly, the magic remains, but because bitcoin has changed over time, investors need to work to stay informed about their investment.

By 2017 my BTC call had resulted in windfall returns. I decided to quit my job in quant finance, roll my BTC profits into bitcoin mining equipment, and move from sunny, beautiful Newport Beach, California, to (less sunny, less beautiful) Wenatchee, Washington. Wenatchee was situated next to a giant hydroelectric dam on the Columbia River in Chelan County and had the cheapest electricity in the nation at a cost of about 3 cents per kilowatt hour. Electricity is a bitcoin miner’s largest expense after the cost of purchasing specialized mining computers.

After purchasing a large number of these computers, I was up and running, making several thousand dollars a day. Sadly, the magic did not last long. Although I diligently abided by all regulation related to bitcoin mining in Chelan County, in January 2018 I had to shut down my mining farms because I was putting a strain on the electrical grid. To make matters worse, soon after that, the BTC price started falling, and my equipment, gathering dust, was depreciating even faster. Overloading the grid and being forced to shut down was a risk I had not contemplated. Lesson learned: Always know what you are investing in!4 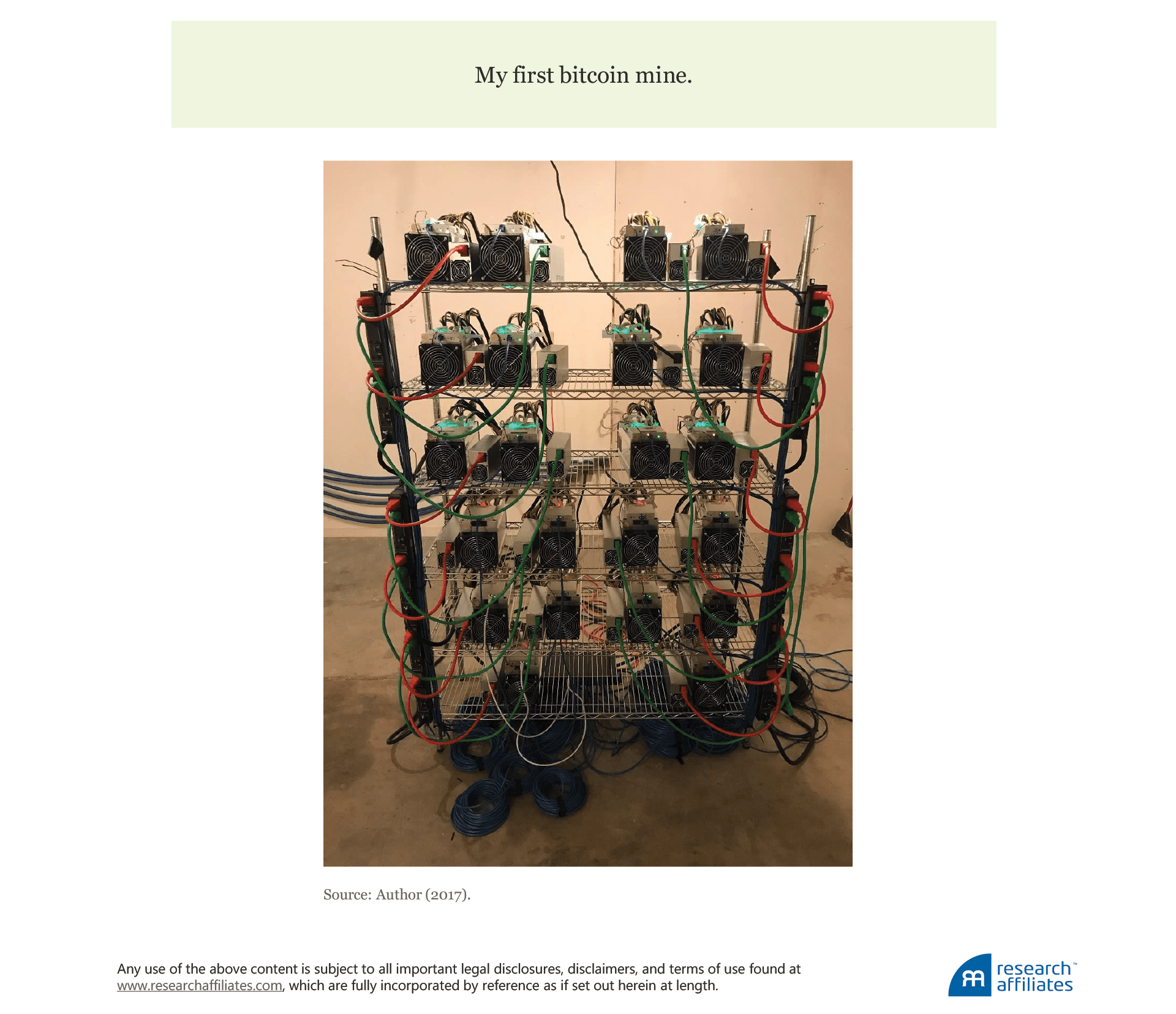 Investing in Bitcoin in 2021

Bitcoin in 2021 is arguably harder to understand than bitcoin in 2013. Whereas in the early days bitcoin was easily defined as an online cash system, today it is much more ambiguous. Most proponents claim bitcoin is an unseizable, censorship-resistant, “digital gold” that provides inflation protection. Of course, like many narratives, this one relies on proponents’ completely ignoring the data.

So, let’s consider the data. Bitcoin, like gold, is a vehicle for speculation. It is not a vehicle for investment, not a store of value, and not an inflation hedge. BTC is not a capital asset: it does not generate cash flows derived from economic returns on capital. Its extreme volatility invalidates claims of a reliable store of value and calls into question any inflation-hedging properties. In 2018, the price of bitcoin plummeted by 83%, while inflation expectations (five-year-forward five-year BEI) remained anchored at 2%. Then, from year-end 2018 to year-end 2020, the price of bitcoin rose sevenfold, while forward BEI ended the year again at 2%.

Bitcoin is not unseizable. A quick google search of “bitcoin seized” will uncover countless instances of governments’ confiscating bitcoin from illicit businesses, including Silk Road. This reality contradicts part of the old narrative about bitcoin—that it is useful for criminals. Bitcoin is easily trackable on the public bitcoin blockchain, making it a bad choice of currency to use when committing crime.5 The popular financial press seems to have caught on to this fact, as “good for crime” is rarely mentioned anymore.

“Bitcoin proponents promote the BTC narrative and then point to the price chart as confirmation of their story.”

Events of August 2017 altered the trajectory of bitcoin. A little known but drastically important change occurred to the bitcoin source code with the addition of segregated witness (separating signature data, or witness, from transaction data) (Nguyen, 2017)6 and the contemporaneous decision by BTC miners to keep the block size at 1MB.7

The technical details of the change are outside the scope of this article, but the outcome is that bitcoin is no longer a digital cash system as described by Nakamoto (2008). No longer can Amazon or any other online merchant adopt it for use as a medium of exchange. Essentially overnight it became “digital gold” with no use other than for people to buy and hodl (a misspelling of “hold” that was first used on a message board in 2013) and hope more people would buy and hodl, and increase the price of BTC until everyone on earth sells their fiat currency for BTC, and then…? Well, what exactly happens then, when BTC can only handle about 350,000 transactions per day and 7.8 billion people need to buy goods and services?8

Despite all of this, it is hard to resist the siren song of bitcoin when, over the last two years, the price seemingly never goes down. Bitcoin proponents promote the BTC narrative and then point to the price chart as confirmation of their story. Perhaps they are on to something, or perhaps BTC is just a bubble driven by a frenzy of retail, and some institutional, money eager to get a piece of the action. Alternatively, and far likelier in my opinion, is that this “bubble” is more fraud than frenzy.

Is it possible that bitcoin’s meteoric rise is not due simply to higher and higher demand for digital gold? Perhaps, as some have alleged, the price of bitcoin is being artificially manipulated through at least one stablecoin, Tether, and potentially others. Griffin and Shams (2019) have empirically documented this theory.

Tether is currently being sued by some investors who allege that no one is actually buying USDT from Tether Limited, but are minting USDT out of thin air, bypassing the supposed one-to-one (USDT/USD) backing (Mizrahi, 2019). They further allege that agents for Tether then use USDT to buy Bitcoin (and select other cryptocurrencies in favor with Tether) on exchanges, such as Bitfinex and Binance, that offer trading on the BTC/USDT pair. This action pushes up the price of the BTC/USDT pair. Because USD/USDT trades at dollar parity, the price is arbitraged on exchanges that trade the BTC/USD pair. Tether’s agents can then sell the BTC for USD and deposit them into the Tether bank account in case of audit and Tether could claim the USD were always there.

Additionally, Tether has been under investigation by the New York Attorney General for fraud unrelated to market manipulation since April 2019 (James, 2019). Interestingly, as part of the court proceedings, Tether has admitted USDT is only backed by 74 cents on the dollar (Chalmers, 2019).

How Long Can the Magic Last?

If, indeed, one USD backs every USDT, then yes, the meteoric price rise of BTC we are currently witnessing could be a bubble, not unlike previous bitcoin bubbles. The price could go higher, but at some point is likely to suffer a tremendous decline, as was the case when the last two bubbles ended down 80% from their peaks. Considering the amount of attention BTC has been getting lately, it hardly seems likely that BTC’s price can increase roughly 5 times more from here, a trajectory that would be required for an investor after an 80% drawdown to end up even with the current market price. As the saying goes, “Buy fear, sell cheer.”

If the market manipulation story is true, then BTC is not in a bubble in the traditional sense (Arnott, Cornell, and Shepherd, 2018), but is in the midst of something that could be much worse. If Tether were to be shut down, and if, in fact, artificial demand from Tether was supporting the price, the losses from a BTC crash may not be recoverable.

“The price of BTC is nearly certainly a bubble and likely manipulated. Investors should proceed with extreme caution.”

If Tether continues as a going concern, and if the rising price of BTC is linked to USDT issuance, then BTC will likely continue to mechanically build a castle to the sky. I have shown how BTC price increases usually follow USDT issuance. In late 2018, when roughly 1 billion USDT were redeemed, the price of BTC subsequently fell by over 50%. Now, imagine what would happen if Tether received a cease-and-desist order, and its bank accounts were seized. Today’s digital gold would definitely lose its luster.9

Regardless of the reason for BTC’s astronomical price movement, investors should resist the temptation to chase the price. Extreme fluctuations in price invalidate claims that BTC is a store of value. Neither is it a capital asset, merely an entry in a digital ledger. BTC does not generate cash flows, and its only real use is to sell to someone else. High transaction fees make it a poor currency and negate claims of fungibility. The price of BTC is nearly certainly a bubble and likely manipulated. Investors should proceed with extreme caution.

I would like to thank Rob Arnott, Chris Brightman, and Bradford Cornell for encouraging me to write this piece and for their contributions to the content. Campbell Harvey and Christian Goulding provided valuable feedback. 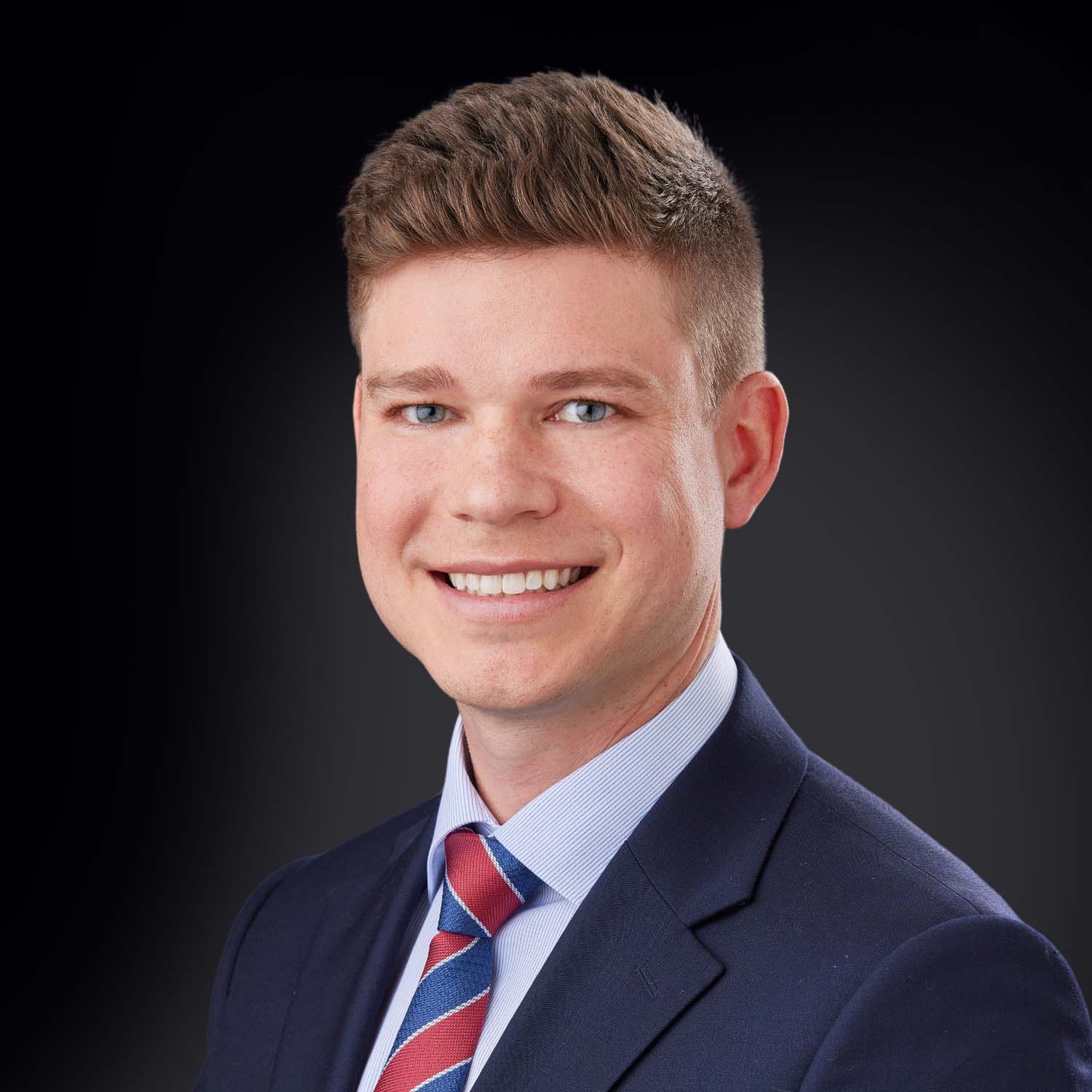