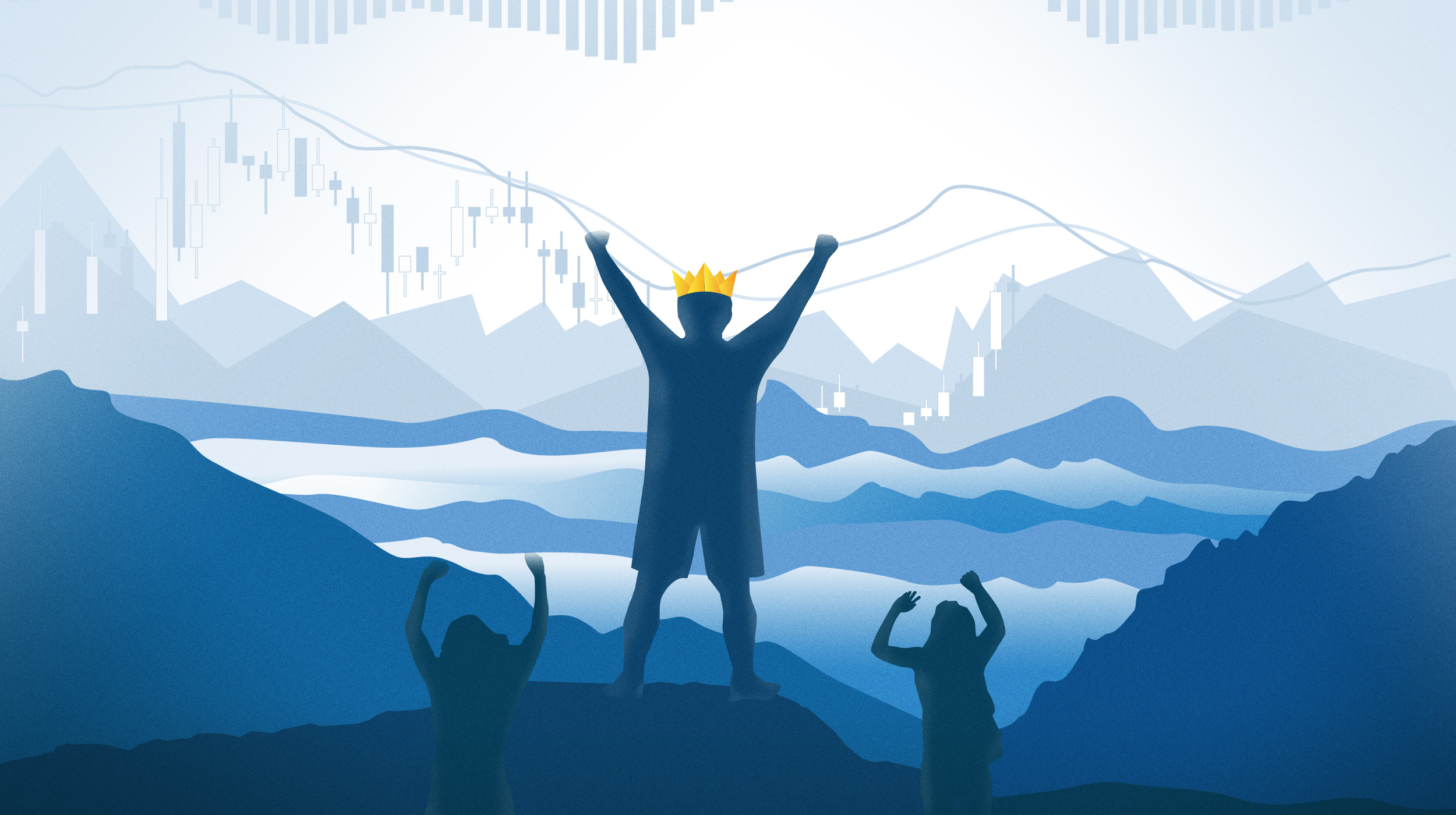 King of the Mountain: The Shiller P/E and Macroeconomic Conditions

Shiller’s cyclically adjusted P/E ratio (henceforth P/E) is a potent predictor of long-horizon capital market returns all over the world. It is, however, much less successful in predicting short-term returns. The authors describe the empirical relationships among valuation, inflation, and real interest rates, and demonstrate that conditioning P/E on current inflation and real yields substantially improves its accuracy in forecasting returns for periods from one month to one year. This result suggests that valuation, always an effective tool for long-term investors, can also become useful for assessing short-term market prospects. In addition, the modeling technique the authors developed in the course of this research shows there are more powerful ways to inte­grate macroeconomic measures with stock valuation methods than the linear combinations that predominate in quantitative studies.

The traditional view that low rates of inflation and interest are propitious is based on the assumption, inherent in the classic dividend discount model, that the relationship between stock prices and either inflation or real interest rates is monotonically inverse. The authors find, on the contrary, that earnings and risk premiums exhibit interrelationships with inflation and real interest rates that are neither linear nor monotonic. At times of very low—even negative—inflation rates, market participants should reduce their expectations of real earnings growth. Similarly, in prolonged periods of low real interest rates, market participants should expect slow growth, or they should require a higher equity risk premium with concomitantly lower valuations.

This article goes beyond the literature on the inflation or money illu­sion (the systematic mis-estimation that results from investors' extrapolating past nominal cash flow growth without adjusting for changes in inflation). The inflation illusion underlies the Fed model, a trading rule that was popularly invoked to justify high valuations in the late 1990s and early 2000s: buy when E/P is above nominal interest rates, and sell when it is below them. Maintaining that yields, growth rates, and inflation are intertwined with nonlinear connections made this rule an exer­cise in folly, the authors propose a more sophisticated approach to assess market levels and forecast returns. Their model of a short-term mean-reversion target—a variable normal P/E conditioned on prevailing inflation and real interest rates—significantly enhances the predictability of stock market returns for periods up to one year.

All data in this study are taken from Global Financial Data. The US sample covers the period from 1880 to 2016; the international sample starts in 1972, when the requisite data are first available for three other countries (Canada, Japan, and the United Kingdom), and ends with 2016 when more than 20 countries are in the sample. The authors use the yield on 10-year sovereign bonds and one-year inflation from the consumer price index as the measures of nominal interest and inflation, respectively, and they calculate real yields by subtracting trailing three-year inflation. In order to screen out short-term earnings volatility, they rely on the Shiller P/E. An appendix in the article presents summary statistics on the data.

The analysis opens with an examination of the univar­iate relationship between P/E and either real yields or inflation. The US stock market valuation multiples tend to be at their highest when real yields range from 3% to 4%. Outside this narrow interval, median P/Es fall rather quickly from a peak of 19.6 to 10.7 when real yields are below −1%, and to 10.5 when real yields are above 6%. Considered separately, inflation rates between 2% and 3% are associated with the highest median P/E (20.3). The valuation ratio declines faster as the rate of inflation increases than as it decreases: the median P/E is 9.2 when inflation is above 6%, and 16 when it is below −1%.

Using bins with uniform increments of two percentage points, the authors further describe the univariate relationships by presenting the joint interest rate and inflation data in a three-dimensional valuation mountain. The peak median P/E of 22.5 is observed at what are considered “normal” levels of inflation between 1% and 3%, but at a relatively high level of real yields between 3% and 5%. Contrary to popular belief, reductions in real yields or inflation from these points do not boost stock prices.

In order to surmount the shortcomings of the bucketing approach, the authors estimate a continuous function that proves to provide a reasonable and accurate description of P/E given any level of real yield and inflation. Specifically, they use a two-dimensional Gaussian function to model the natural logarithm of P/E. (The body of the article displays the basic equation, and a second appendix details how the authors fit the Gaussian bell curve to the Shiller P/E data.) The model produces an adjusted R2 of 51.1%. By comparison, three linear regressions that relate P/E to real yields, inflation, and a combination of the two measures has R2 values of 9% to 12%, along with perversely positive coefficients on real yields.

The authors then test whether these insights about stock market valuations could be applied to modeling prospective returns. For reference, they report results for the traditional forecasting regressions commonly found in the literature, using the natural logarithm of current P/E to forecast subsequent annualized returns at horizons from one month to 10 years, lagging the earnings by three months to reflect actual practice. They also present the results of the Gaussian model P/E, conditional on current levels of inflation and real yields. For the purpose of this summary, Table 1displays only the adjusted T-stat of coefficients and R2 of these forecasts; the article itself provides additional descriptive statistics.

Two observations merit comment. First, the Gaussian P/E model’s coefficient of determination matches that of the conventional approach at 12 months and is substantially higher at shorter horizons. Although the R2 on short-term results may seem derisory, the authors point out they may be more useful than they appear.  For instance, the R2 of 32% on 120-month real returns implies a correlation of 0.57, while the R2 of 4.4% on 12-month real returns implies a correlation of 0.21. In this context, the improvement achieved by the authors’ model at the prospective one-month and six-month marks is noteworthy. Second, forecasts based on the Gaussian model P/E are not superior for horizons of three years or longer, when the power of the Shiller P/E comes into play. The authors’ findings indicate it would be a mistake to condition intermediate and long-term projections on current levels of inflation and real interest rates.

The authors test this analysis out of sample by extending their research to global developed markets over the period 1972–2016. Their findings are similar to the US results. For instance, the valuation mountain generated by the continuous function crowns at approximately 23, higher than the US level of 20, but the location of the summit is close to that of the US peak P/E at a real yield of 3.05% and an inflation rate of 1.89%. (The comparable US values are 2.92% and 1.36%, respectively.) The Gaussian model does not perform as well in terms of statistical fit for the international sample as for the US market. In the more heterogeneous developed-market sample, it produces an adjusted R2 of 28.0%, which is smaller than the 51.1% adjusted R2 of the US market and less strikingly higher than the coefficients of determination associated with simple linear regressions. The authors invoke characteristics of the international dataset, such as the relative paucity of low-inflation periods between 1972 and 2016, to explain these differences.

As they did in the US sample, the authors employ both the conventional approach and their new model in forecasting returns for periods ranging from one month to 10 years. Table 2 shows the resulting R2 values. Here, too, the forecasts on which P/E is conditioned on current levels of inflation and real yields are more accurate at short horizons and less accurate for periods beyond three years.

Finally, the authors’ insights into the relationship between valuation levels, on one hand, and interest rates and inflation, on the other, have important implications for economic policy. In the Great Recession, slow to no macroeconomic growth, accompanied by high unemployment, drove central banks in many devel­oped countries (including the United States, Japan, the United Kingdom, and the eurozone) to cut interest rates to near and even below zero, and to engage in assorted forms of unconventional monetary policy. The evidence presented in this study suggests that reducing inflation or real interest rates can be helpful to market valua­tions up to a point. Beyond a certain threshold, however, it may cause the opposite of the intended effect on stock markets: in the long run, valuation multiples could actually fall.