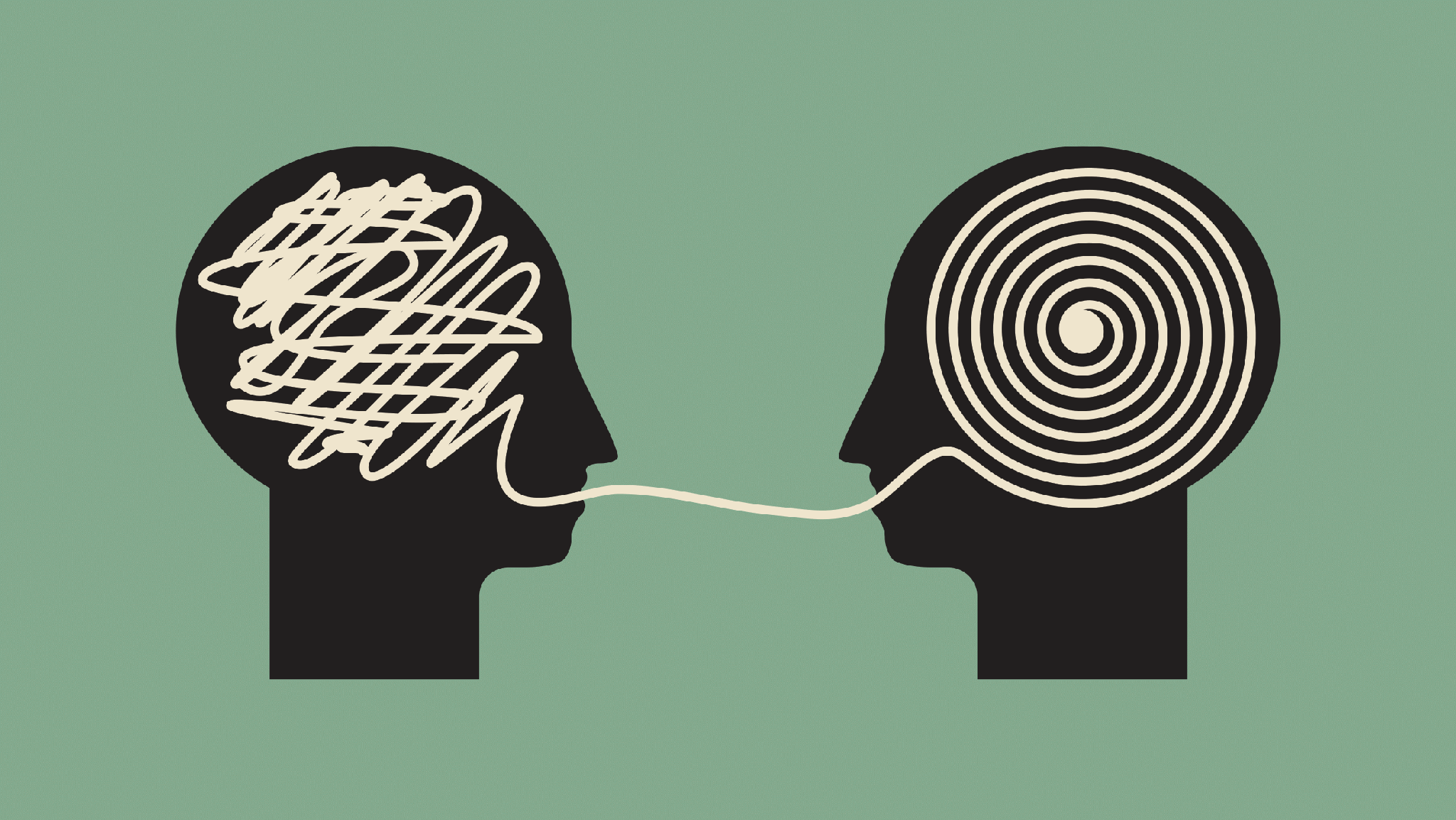 The Confounding Bias for Investment Complexity

Simplicity is a great virtue but it requires hard work to achieve it and education to appreciate it. And to make matters worse: complexity sells better.

Our tenure in the investment business has made us keenly aware of a profound investor bias toward complexity. In this article, we examine the reasons for the bias, which we believe are behavioral in nature. One reason is the rationalization by asset managers that to charge higher fees requires offering more complex strategies. A similar line of reasoning may also influence those who recommend managers: consultants and advisors. A second reason for the bias is the rationalization by investors that a complicated strategy is necessary to beat the market. Each explanation has implications—biased toward the negative—for an investor’s long-term performance.

In contrast to the overwhelming pressure from all sides in advancing complexity, our experience, as well as our research and that of others, supports the virtues of a simple approach. For example, in 2009, DeMiguel, Garlappi, and Uppal demonstrated that numerically optimized portfolios using various expected return models generally perform no better than a simple equal-weighted approach.

Looking beyond the story telling that characterizes various investment philosophies, the long-term return drivers of many complex smart beta strategies are tilts toward well-known factor/style exposures, such as value, size, and low volatility. Each exposure is a natural outcome of breaking the link between portfolio weighting and price, and of the requisite rebalancing. Indeed, little data or research supports one “best” way to construct an exposure (e.g., value or low volatility) that maximizes the factor premium capture. Complex constructions in the historical backtest appear to mostly guarantee higher turnover, higher management fees, and potentially worse out-of-sample returns.

So, if complexity doesn’t naturally lead to outperformance, why do asset managers persist in offering increasingly complicated strategies to investors, and why do investors persist on investing in them? Allow John to tell an illustrative parable.

The oceans in which fish hide from fisherman are amazingly complex ecosystems. The circumstances leading to a successful day (or not) on the water are almost innumerable. The fish obviously have to be at the fishing spot. But that’s probably less than half the battle. A veritable mosaic of tides, currents, sunlight, moonlight the night before, available prey, time of day, tackle, and so on, influence the catch. With such a myriad of factors, it’s no small wonder that tens of thousands of fishing products jam their way into even the smallest of tackle shops.

But, as an avid deep sea angler, I can attest to catching twice as many tuna with the simplest of lures than all of the rest combined.  The lure?  The innocuous-looking cedar plug pictured in Exhibit A.  Simple?  Yes!  For crying out loud, it’s a piece of lead attached to an unpainted piece of wood with one lousy hook!  It looks like an industrial part.  Sexy and complex?  Most certainly not.

Imagine you get the itch to catch some tuna. Perhaps it’s your first foray into tuna fishing so you decide to delegate the task to an expert charter boat captain. But which one? You stroll along the dock and ask each captain how they catch tuna. The first presents a cedar plug, just like the one in Exhibit A, and tells you, “I go out to where I see signs of fish and then I drag four of these lures behind the boat at a steady speed until I catch some. Then I keep doing it until it’s time to head in.” The second captain displays a dozen tackle drawers filled with lures resembling those shown in Exhibit B and proclaims, “Tuna are very elusive.  I have perfected a system over many years that optimizes my lure selection among 60 lures, five sunlight conditions, seven moon phases, and six different tidal stages. I troll, adjusting my speed in five-minute intervals, based again on very extensive testing.”  You hate long boat rides, but are starving for fresh sashimi. Which captain would you choose?

Most sashimi lovers would pick the second captain. The ocean is big, and multiple factors influence the tuna catch. It seems like the higher-calibrated approach would be the way to go. But I can tell you (admittedly anecdotally, as I’m still waiting for Research Affiliates to approve my request for a more exhaustive scientific survey!) that it would probably yield a lower catch.

Complexity likewise appeals to investors because the markets that drive securities prices, like the teeming and mysterious ocean, are deep and complex. It only stands to reason (right?) that a sophisticated strategy is a requirement for mastering and benefiting from the intricate web of financial markets and asset classes. The globally integrated investment markets and economies are anything but simple, so it would not at first appear that a simple strategy could carry the day. The belief that simple relationships exist is absolutely counterintuitive to most casual—and sometimes, not so casual—market observers.

Persuading an investor that a complicated strategy—often derived through data mining (i.e., back testing historical data until it produces what can be viewed as a signal)—is unlikely to perform as expected, can be a real challenge. The air of scientific authority exuded by PhDs who scribble differential calculus equations as fast as Charles Schultz drew Peanuts comic strips gives just that much more “credibility” to black box approaches.

And agents compound the issue. Advisors or consultants hired to help investors make sense of the noise in the market and to find the skilled managers are also incented by the complex. Charging a respectable fee for a manager selection process that puts the client into a simple, straightforward strategy is not so easily justified to the client. The very natural, economic, and rational response to this conundrum is to recommend (in the case of advisors) or to offer (in the case of managers) the more complex strategies. Asset managers certainly find it easier to charge a higher fee for a complex strategy (i.e., flashier lures with molded plastic and psychedelic paints) than for a simple strategy (i.e., unpainted cedar plugs).

Simplicity vs. Complexity: Why Does It Matter?

The point we wish to make is not that simple strategies always perform on par or better than the complex ones. Our point is that complexity creates a problem for investors, which is unfortunately largely self-induced: complexity encourages performance chasing. We can better understand why this is true if we apply Daniel Kahneman’s construct of System 1 and System 2 thinking, as described in his book Thinking, Fast and Slow (2011). System 1 thinking is described as automatic, emotional, and passive, whereas System 2 thinking is effortful, deliberate, and active.

When presented with a complicated investment strategy, an investor engages first in System 1 thinking, which triggers an immediate response such as “I don’t understand the strategy. Clearly I’m not as smart as this asset manager.” System 2 thinking then takes over, and the investor’s response transitions to “Because this asset manager is so smart, her strategy must outperform. I think I’d like to invest with this asset manager.” The investor then feels safe and comfortable in making a rational delegation decision. At the end of the day, the acceptance of complexity is related to calming the investor’s ego—at least, temporarily.

This thinking works in reverse, however, if the asset manager fails to perform as expected. Neuroscientists, such as Knutson and Peterson (2004), have demonstrated that the anticipation of receiving money triggers a dopamine reward in the brain. Conversely, the anticipation of losing money removes that pleasurable experience. When this happens, the System 1 response is “Yikes! I need to fire this manager so I can stop feeling so bad.” Then the System 2 response kicks in with the rationalization, “I didn’t make the decisions that created the underperformance, so I’m not to blame.” Because the investor doesn’t “own” making the “bad” decisions, it is easier to end the relationship.

Following this line of thinking, investors are liable to sell a complicated, poorly understood strategy with little provocation as soon as performance takes a nose dive. The long-term result is apt to be especially disappointing performance if the investor becomes ensnared in a whipsaw pattern of buying and selling at all the wrong times. Our research (Hsu, Myers, and Whitby [2015]) shows that the frequent hiring and firing of managers based on short-term performance is the primary cause of investor underperformance. Our findings are valid even when investors hire skilled managers. Although never a good idea for investors to make buy and sell decisions based on short-term performance, a poorly understood strategy can compound the harm.

An example of how Kahneman’s System 1 and 2 thinking supports an investor’s choice of a simple behavioral factor strategy, let’s consider the following scenario. Upon first encountering the strategy, the investor’s System 1 thinking blurts, “This strategy is intuitive to me. I am a smart investment professional. This will work.” But soon his System 2 thinking chimes in, “I don’t need to pay a high fee for this. I just need a low-cost implementer of systematic strategies to execute on my chosen factor.” When the strategy fails to perform as expected, the investor’s System 1 reaction is, “I am not wrong. The market is wrong.” Then his System 2 thinking kicks in, reasoning, “I vetted the research behind this factor carefully. Short-term performance is noisy. This exposure will work well in the long run.” The investor chooses to hold his strategy.

Investors in simple strategies generally trade in and out of their managers infrequently. Our research finds that these investors tend to achieve meaningfully better results versus their counterparts who actively turn over managers due to recent performance. Simplicity leads to better investor outcomes not because simplicity in and of itself produces better investment returns, but because a simple strategy forces investors to own their decisions and to be less likely to overreact to short-term noise.

We believe that making investors aware of the benefits of selecting a simple approach, strategy, or model is important. Unnecessary complexity is costly, not only directly (i.e., fees), but indirectly. Complexity can dampen investor understanding, which can lead to poor investment decision making so that an investor’s long-term financial goals are not achieved. As Steve Jobs said, “Some people think design means how it looks. But of course, if you dig deeper, it’s really how it works” (Wolf, 1996). If a simple design works, ample evidence suggests that the investor benefits by choosing simplicity.