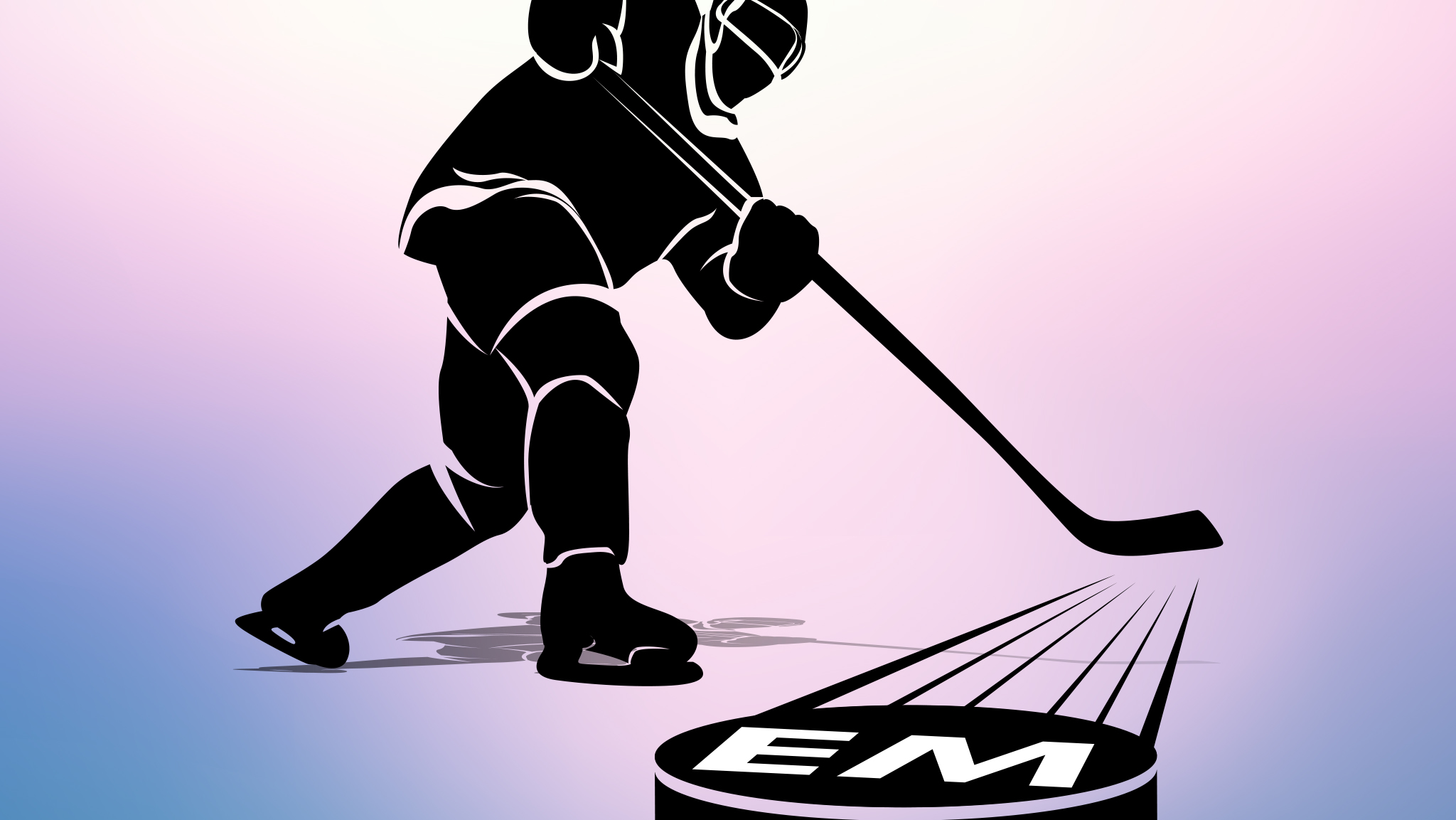 On the rare occasion when a hockey player scores three goals in a single game, fans throw their hats into the rink to acknowledge the feat, called a “hat trick.” The term originated over 150 years ago on the cricket pitch in the United Kingdom: the bowler who retired three batsmen with three consecutive balls was awarded a new hat. Today’s sports fans have evolved the practice into literally pummeling the goal maker with hundreds of hats. What has not evolved, however, is the rarity of the achievement.

Just as the unusual occurrence of three goals triggers the throwing of hats into the hockey rink, today’s similarly rare combination of exceptional valuation levels, depressed currencies, and powerful momentum—both price and economic—should encourage long-term investors to “throw their hats” into the emerging markets rink.

We emphasize long-term investor because it’s impossible to possess the clairvoyance to perfectly time the markets. Most of the volatility in shorter-term price changes is unpredictable noise. By contrast, long-term returns are mostly a function of yield, plus growth, both of which can be estimated with increasing accuracy as we look further into the future. Accordingly, at Research Affiliates we focus on gauging which assets and currencies are priced to deliver attractive returns over longer horizons, all while using shorter-term price and economic momentum as a barometer for the conviction in our expectations of future returns. Let’s dig a little deeper.

The investment community seems largely unaware of just how cheap emerging market (EM) assets have become as a result of a multi-year bear market that appears to have ended in early 2016. In January 2016, we characterized EM equities as “the trade of the decade.” The January lows were by all accounts exceptionally low. As far back as we have good data, we find only 24 non-overlapping instances—after screening 24 developed and emerging market countries—in which the Shiller P/E of a country’s equity market dipped below 10.0x. Even rarer is the Shiller P/E of an entire region dipping below 10.0x.

Driven by extremely cheap (and likely well-deserved) valuations in Brazil, Russia, Poland, and Turkey, the Shiller P/E of the MSCI Emerging Markets Index dipped below 10.0x in January for the first time since the index’s inception, settling just shy of that low at 9.6x to close out the month. With a 19% rebound since then, some investors might think they’ve missed the rally and it’s now too late to invest. They may want to reconsider.

The recent rebound in EM equities from February through November 2016 is tracking the average experience, and if history is any guide, the path of least resistance indicates more upside to come. The asset class may not deliver the additional 100% return over the next four years consistent with the average historical experience, but it’s by no means impossible. Even after this year’s rally, EM equities are trading at a depressed Shiller P/E of 11.2x, still well below the 13.0x observed during the darkest days of the 2008 global financial crisis.

Rather than rely on past averages to forecast future returns, we use a building-block approach that adds current yield, likely long-term growth in income, and some mean reversion in valuation multiples to create forward-looking returns. This method, available at the Research Affiliates Asset Allocation website, indicates a 10-year real return for capitalization-weighted EM equities of 7.5% a year—and was as high as 9.0% a year in January!

Today, the FTSE RAFI™ Emerging Markets Index trades at a Shiller P/E ratio of 9.9x, and that’s after a 32% rebound since January and over 21% outperformance versus the MSCI EM Index! If we compute the Shiller P/E on the individual stocks in the index at the end of November (a bottom-up calculation), the P/E of 7.4x for FTSE RAFI EM is quite astonishing.  As you might expect, our forward-looking return expectations for the FTSE RAFI Emerging Markets Index—and its derivations—remain significantly higher than our forecasts for the cap-weighted MSCI EM Index. But for those with patience, fundamentally weighted EM equity exposure is unlikely to disappoint in the coming decade. Of course, this is for the entirety of a 10-year window. We know the path to outperformance won’t be linear.

EM equities are not alone in their promise of outperformance. EM local debt, represented by the JPMorgan GBI-EM Global Diversified Index, is also attractively priced. At the end of November, the index is trading at a yield of 6.8% compared to developed market debt, proxied by the Barclays Capital Global Aggregate Bond Index, which is offering a scant 1.6%, also as of the end of November. This 5.2% yield spread is well into the top decile of the historical range and well over the historical average of 3.9%. The Research Affiliates 10-year real-return forecast for EM local debt at the end of November is 4.3% a year, net of default risks. In a zero-yield world, that’s a huge win.

A common link between EM equities and EM local debt is the currency exposure. Based on our relative purchasing power parity (PPP) model, EM currencies tumbled from 25% above fair value in 2011 to 30% below fair value in January of this year. Even after this year’s rebound they remain about 19% cheap to the US dollar. If EM currencies’ relative valuations strengthen just halfway back to historical norms, such a move would translate into a near 1.0% tailwind to yearly returns over the next decade.

Although EM currencies, represented by the JPMorgan Emerging Local Markets Index Plus, have rebounded since January 2016, they continue to trade near the discounts associated with the 1997 “Asian Contagion” and 1998 Russian debt default. EM currencies can certainly get cheaper before they revert toward historical norms, but they might just as easily snap back quickly to fair value. Our relative PPP reversion expectations with high EM cash rates, a faster growing working-age population, and continued productivity growth as EM economies “borrow” technological advances from developed economies, all support our projected real return for EM currencies of 3.9% a year over the next decade.

Price momentum. Obviously, an acknowledged tension exists between momentum investing, or trend following, which can be (very briefly!) profitable, and performance chasing, which is arguably the most damaging error in the world of investing. The most basic trend-following strategy is buying assets with strong one-year returns and shorting assets with poor one-year returns. Such an approach, particularly when diversified across markets and asset classes, has delivered a significant historical return premium (Hurst, Ooi, and Pedersen, 2012).

Such a strategy is successful and differs from performance chasing because it has a sell discipline. To profit with momentum, an investor has to be willing to eliminate long holdings as soon as they stop soaring, and short positions as soon as they stop plunging. Some 200 years ago, the classical British economist David Ricardo advised investors to “cut short your losses” and “let your profits run on.” That advice could not be truer today, and if followed, imposes the discipline needed on a trend-following investor to be as successful as possible. Therefore, a momentum strategy works best when paired with a buy-low/sell-high value discipline.

Certainly, recent price momentum in emerging markets has taken a hit in November following the US presidential election. The prevailing narrative had been a Trump win would devastate global markets. Is it any surprise that a universal consensus was wrong? Now the narrative suggests Trump will be awful for trade and will wreck the emerging economies. Any bets on whether this universal consensus is any better than the last one?

In any case, even with the mild correction in emerging markets since the election, trailing 12-month momentum is poised to improve, not erode: the free fall that occurred in December 2015 and January 2016 will be removed from year-over-year returns in the weeks ahead, which will serve to strengthen the 12-month momentum signal.

Economic momentum. Some investors use recent price momentum as their sole source of information about future return prospects, but in doing so they run the risk of allowing entirely random price fluctuations to drive perceptions. To avoid this pitfall we consult an internally developed business-cycle model based on select macroeconomic and monetary policy indicators, discussed in more detail in Aked, Mazzoleni, and Shakernia (2016).

Why, then, are 12-month price returns positive? The answer is that good news isn’t required to ignite a bull market. Sometimes simply less bad news is enough to provide the needed spark. With slowdown risks falling considerably from their 2015 highs of 67%, “less bad” has indeed triggered a fairly powerful rebound. We do not mean to say that EM economies now possess low economic risk or that they are immune to future shocks. In fact, the current elevated slowdown probabilities of these nations, and the uncertainty they encapsulate, likely explain why EM assets remain so attractively priced today.

Given recent price and economic momentum, we are reasonably confident the bear market in EM assets—five years long for EM equities and currencies, and three years long for EM local currency bonds—came to an end in January 2016, and the early stages of a bull market look to be well underway. We would all do well to recall David Ricardo’s counsel: 10 months into a bull market is no time to cut and run.

Time to Throw Your Hat In?

Most investors believe the best time to invest is when uncertainty is low and valuations are attractive. But these conditions rarely coincide with each other. Most investors opt for “less uncertainty” over “attractive valuations,” and end up chasing past performance along the way. We’ve often said bargains don’t exist in the absence of fear, and that fear is usually amply justified. For this reason, we believe the better approach is to invest in attractively valued assets while fear and uncertainty, although elevated, are beginning to fall. Such opportunities don’t present themselves very often. Today’s historically attractive valuations, deeply depressed currencies, and positive momentum—both price and economic—compose a very rare hat trick for emerging market equities, local bonds, and currencies, adding up to a region with strong potential for long-term outperformance. We’ve thrown our hat into the rink. Will you?

Aked, Michael, Michele Mazzoleni, and Omid Shakernia. 2016. “When a Storm Is in the Offing: Fundamental Growth in the US Equity Market.” Research Affiliates (June).