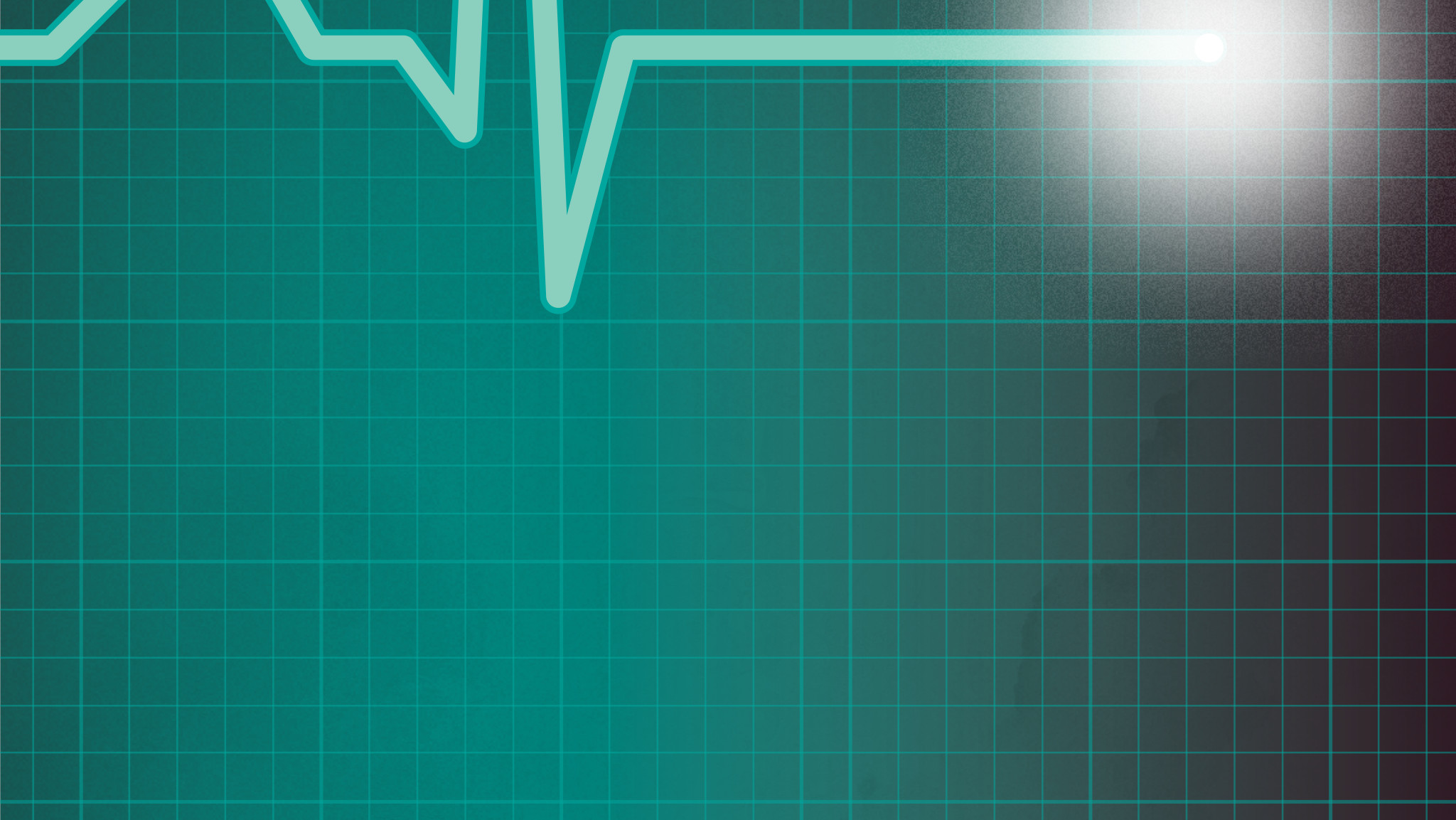 We also use money as a store of value, facilitating intertemporal exchange. We use money to trade time and effort today for goods and services we plan to consume many years from now in our retirement. A negative real interest rate is similar to a storage cost. This interest expense may be bearable for a period of months but erodes the effectiveness of government currencies, bank deposits, and government bonds denominated in those currencies as long-term stores of value.

Persistent negative real interest rates raise the question of whether other instruments and technologies can perform the functions of money: a unit of account, a medium of exchange, and a store of value. As a unit of account, we now have virtual currencies using blockchain technology beginning to compete with government currency. Nonetheless, for the foreseeable future we must still pay our taxes in the currencies created by the governments that collect those taxes.

As a medium of exchange, we no longer need to use bank notes or funds held in bank deposits. Today we can effectively exchange a bit of our ETF portfolio for a cup of coffee. All that is required is linking a credit card or mobile payment app to a brokerage account with a transaction account sweep feature. Soon this integration of payment processing, custody, and brokerage will become more seamless.

As investors substitute real capital assets for currency and government bonds, central banks find that manipulating interest rates becomes a less effective tool for managing the economic cycle. When a central bank changes the value of its currency, it changes the price of assets denominated in that currency but does not change the value of those assets.

The increasing impotency of monetary policy does not end our need for central banks. Because market liquidity sometimes fails (i.e., bank runs), we still need a lender of last resort. With securities representing claims on capital assets now performing more of the functions of money, ensuring the orderly settlement of financial transactions has become an increasingly important function of central banks and prudential regulators. Bill Dudley, president of the New York Fed, recently called our attention to “gaps in the lender-of-last-resort function” because the “Federal Reserve has a very limited ability to provide funding to a securities firm” (Dudley, 2016).

Central banks haven’t yet learned to limit their attention on this core function of ensuring financial liquidity. Continued attempts to boost employment and real economic output by pursuing evermore quixotic monetary policy experiments increases the long-term risk of inflation. To date, quantitative easing and negative interest rate policies have not created inflation because these programs have been largely limited to the purchase of securities from banks rather than directly creating money (Brightman, 2015). However, if and when central banks actually do begin to create money directly—the modern equivalent of dropping money from a helicopter, as in Milton Friedman’s famous analogy repeated by Ben Bernanke—inflation may soon follow. Worryingly, the political constraints to such direct money printing are diminishing (Flanders, 2016).

During the normal and healthy conduct of monetary policy, the measured rate of inflation often deviates from official targets within a range of a percentage point or two because of the challenges of defining, measuring, and hitting a precise inflation target over a short-term period. History teaches, however, that a sustained regime of financial repression—an intentional policy of sustained negative real interest rates imposed for the purpose of inflating away the real value of debt—eventually produces high and volatile inflation (Reinhart and Rugoff, 2009). During periods of financial repression, government bonds are hardly risk free.

How Should We Define Risk?

In the eurozone, United Kingdom, United States, and Japan, zero or negative real cash rates have persisted for many years or even decades. These negative real rates of interest paid by an increasing proportion of the developed world’s governments on their debt will not preserve our purchasing power over the long run, let alone generate the growth in real wealth necessary to achieve our investment objectives. Are these default-free negative real rates of interest risk free?

Certainly, the short-term volatility of the price of a diversified portfolio of claims on real capital assets is higher than the volatility of the price of T-bills. Consequently, storing the portion of our wealth earmarked for large near-term expenditures (such as making a down payment to buy a house or paying our income taxes) in capital assets with volatile prices would be reckless. This portion of our wealth should remain in government-insured bank deposit accounts or a short-term government securities fund.

Currency and government bonds that provide zero or negative real yields no longer meet the needs of savers whose objective is to accumulate wealth through compounding returns rather than merely preserving near-term purchasing power. As a result, cash and government bonds should flow out of investors’ portfolios. Central banks are intentionally facilitating these investment flows by increasingly acquiring the world’s sovereign debt.

Should investors simply eliminate cash and government bonds from the list of asset classes in which they invest? No, not entirely. Holding some amount of cash is prudent to prefund near-term committed spending.

Cash also plays an important tactical function. Not being fully invested today provides the option to invest tomorrow at a significant probability of lower (or higher) prices. This tactical use of cash will remain an important tool in the investor’s kit. Such an option value is a far cry, however, from the theoretical construct of a positive real rate of interest compounded over many years as the foundation of the return on our investment portfolios. For today’s investor, cash and government bonds should become less of a core investment and more a speculative source of potential timing alpha.

Asset classes that have historically provided a positive correlation of returns to inflation include commodities, bank loans, high-yield bonds, REITs, and emerging market equities. With today’s fear of deflation, many of these inflation hedges are on sale. An equal-weighted portfolio of the five inflation-hedging asset classes provides higher real yields than a traditional portfolio of domestic equities and core bonds.

Higher starting yields predict higher subsequent long-term returns. Using the expected return methodology documented at researchaffiliates.com/assetallocation, we estimate a 10-year annualized real expected return of −0.6% for T-bills, 0.5% for core bonds, 1.2% for a traditional domestic portfolio of 60% stocks and 40% investment-grade bonds, and 4.0% for an equal-weighted portfolio of the five previously mentioned inflation-hedging asset classes. To be sure, with higher expected returns comes higher forecast volatility of annual returns, from 1.5% for T-bills to 3.8% for core bonds, 8.6% for the traditional 60/40 portfolio, and 12.2% for the inflation-hedging portfolio.

Does the higher volatility associated with the higher expected return increase risk for a long-term investor? When we compare the expected range of real wealth at the end of 10 years, we find much of the higher dispersion of expected real return for the inflation-hedging portfolio is on the upside. Our 95% confidence band for annualized 10-year real returns is −1.1% to −0.1% for T-bills, −0.7% to 1.7% for core bonds, −1.6% to 3.9% for a traditional 60/40 portfolio, and 0.1% to 7.9% for our inflation-hedging portfolio. For a long-term investor, the near certainty of exceeding the long-term real return on T-bills, with only the magnitude in question, doesn’t seem like much of a risk.

The persistence of negative real interest rates across developed cash and government bond markets contradicts our conventional understanding of a risk-free rate. We must therefore abandon our assumption that a positive real risk-free rate of interest undergirds the long-term returns of our investment portfolios. Central banks have engineered these negative rates through large scale purchases of securities from the market and the corresponding creation of bank reserves. If and when they take the next step of direct money creation, as is increasingly being discussed, long-run risk of inflation will rise. Investors should consider repositioning their portfolios now to avoid the zero to negative returns of cash and government bonds and to protect against long-term inflation. Investors should diversify away from government bonds and U.S. equities into higher-yielding inflation-sensitive asset classes such as commodities, bank loans, high-yield bonds, REITs, and emerging market equities.

Flanders, Stephanie. 2016. “The Hurdles to ‘Helicopter Money’ Are Shrinking.” The Financial Times, May 11.