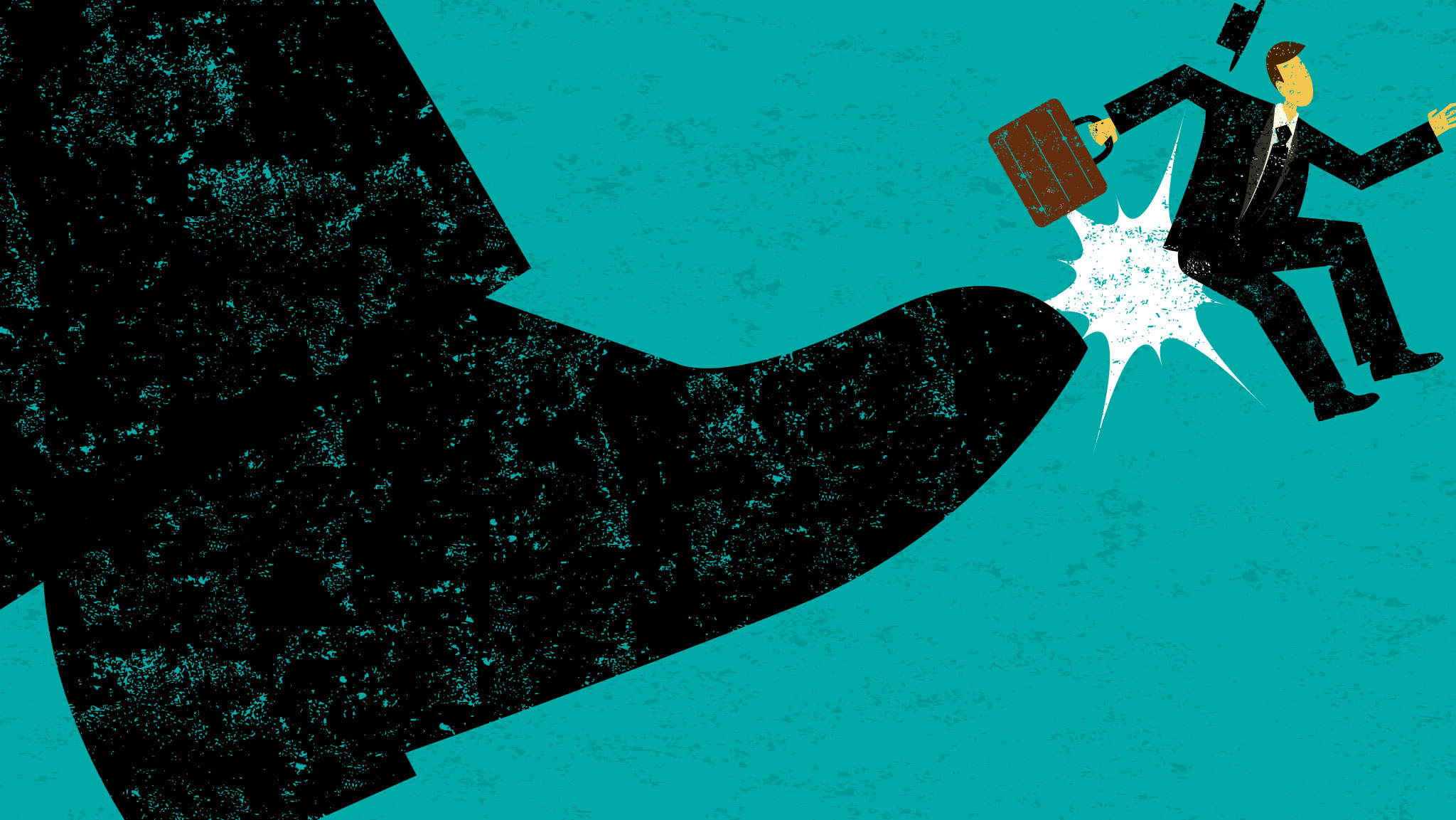 The fragility of emerging markets continues to dominate financial news. Several currencies have registered double-digit losses over the past few months, equity valuations have been dropping, and the rate of economic growth has decelerated. Even the Chinese government capitulated to a slowing economy and devalued its currency, a decision that should provide support to its exporting sector.These events are encouraging market commentators and investment strategists to predict further economic struggles in emerging countries and continuing weakness in their stock and foreign exchange markets. There appears to be a fairly broad consensus among market participants: The outlook for emerging market countries, companies, and currencies is inauspicious.

According to a popular story, the strength of the U.S. dollar and the expected interest rate hikes by the Fed could trigger a new wave of troubles for emerging economies. “If history is any guide,” writes Xie (2015), “emerging markets are headed for trouble as the dollar strengthens.” Because of currency mismatches on their balance sheets, weak commodity prices, and deteriorating market sentiment, emerging market economies should be at risk of reenacting the Asian and Russian crises, perhaps on a larger scale.

But is this actually a probable outcome? Like so many other stories economists tell, this one intuitively makes sense. It’s credible. But it rests on three commonly accepted propositions that are not supported by the data. In other words, the plot—a strengthening U.S. dollar threatens emerging market economies—owes its plausibility to three myths. Let’s examine them.

Myth #1: Higher U.S. yields will only cause more economic troubles to emerging economies

The existing level of U.S. interest rates and the potential actions of the Federal Reserve are seen as a cause for great concern in emerging markets. In the global competition for investors, an increase in the yield on U.S. assets could drive the borrowing costs of many non-U.S. companies and governments higher (both in local currency and dollar terms). Does this mean that higher interest rates in the United States are always bad news for emerging markets? Not quite.

The key is to recognize that not all interest rate increases are the same. Investors should always seek to identify the underlying factors driving the markets. For instance, Buitron, Vesperoni, and Loungani (2015) suggest three different types of shocks that can lead to an interest rate increase: money shocks (unanticipated central bank actions implementing tighter monetary policies); real shocks (good news about the economy); and risk shocks (heightened risk aversion on the part of market participants).

A money shock is exemplified by the measures taken by the Federal Reserve, under the direction of Paul Volcker, to fight persistent inflation in the early 1980s. That abrupt policy change pushed the U.S. economy into a recession and sent shockwaves through the international financial markets, emerging as well as developed. We do not seem to be in a comparable situation nowadays.

Yet higher interest rates can be good news if they signal stronger economic performance. Solid growth rates tend to be associated with higher interest rates—this is the meaning of a real shock—and the rest of the world can benefit from strong U.S. growth. Indeed, the United States is still the world’s largest economy, and an improvement in U.S. economic performance should pave the way for expansion at the global level.

Moreover, economic growth can also influence investors’ attitudes toward risk. Good times lead to increasing risk appetites and may encourage investors to diversify away from the expensive U.S. market. The desire to reallocate assets tends, in turn, to stimulate a rally in foreign financial markets. And the empirical evidence supports this narrative.

Buitron and her colleagues analyzed the effects higher U.S. and European yields have on smaller and emerging economies.1 The authors’ findings are remarkable. They documented that, when yields increase because of better economic performance, emerging market economies experience higher capital inflows and faster growth in industrial production during the subsequent year.

Hence, what is good for the United States and other developed economies is also good for the emerging world. These conclusions are particularly significant in light of the Federal Reserve’s current posture. Indeed, the FOMC has been fairly cautious, and the expected policy rate increase is entirely justified by a tightening of the labor market and a core inflation rate closer to the target.

Because there are several moving parts, it might be helpful to visualize the dynamic relationships between annual changes in the 10-year Treasury yield, changes in risk appetites (proxied by annual percentage changes in the VIX Index), and annual emerging market currency returns against the dollar. The findings displayed in Figure 1, based on a 20-year measurement period,are consistent with Buitron and her coauthors’ evidence: higher interest rates in the United States have been positively correlated with returns on emerging market currencies and with rising risk appetites.

This myth relates to the common mistake of drawing causal relationships from simple correlations: if the dollar appreciates when emerging markets encounter difficulties, then the dollar should be the cause of these struggles (unlike before, I now ignore interest rate effects). A popular story, schematized in Figure 3, goes more or less as follows: the American economy is picking up speed with respect to the rest of the world and is feeding the run of the dollar. As the dollar appreciates, emerging economies struggle to finance their short-term debt and institutions might find it difficult to meet their U.S. dollar-denominated obligations. This dynamic further weakens the economy and generates a spurious feedback loop with the currency market, which could lead to a financial crisis. Hence, a strong dollar is bad news for emerging economies.

While the above story is sound, it does not constitute the only possible narrative; actually, we could come up with several of them. For instance, in Figure 4 I propose an alternative scenario that is as credible as the first one but has very different implications for investors. This story goes as follows: in the past, emerging markets enjoyed a tailwind in the form of high commodity prices, which pushed their output levels above potential and caused a real appreciation of their currencies. As the tailwind faded and economies entered a slowdown phase, currencies had to adjust to balance the current accounts and favor a new growth phase. Hence, given an appropriate amount of central bank reserves, the current strength of the U.S. dollar is a welcome outcome that should propel emerging economies. For investors, emerging currencies are buying opportunities.

Different dynamics can coexist and reinforce each other while muddling the true sources of economic stability and market performance. We need to turn to the empirical evidence to draw a conclusion on what systematically predicts periods of financial stress. Fortunately, Gourinchas and Obstfeld (2011) provide us with the necessary evidence. In a nutshell, their findings suggest that economic crises, broadly defined as currency, banking, and bond crises, have typically been preceded by an exuberant economy, an unsustainable expansion of the credit market, and a real appreciation of the local currency against the dollar.

Gourinchas and Obstfeld (2011) studied a large set of developed and emerging market economies and found that real currency appreciation is one of the strongest predictors of financial troubles. When currencies tend to be particularly overvalued against the dollar, we subsequently observe sharp devaluations and liquidity crunches that can lead to a country’s default.

In conclusion, we can debunk the second myth and argue that a strong dollar does not cause emerging economies to struggle; rather, a strong dollar is the by-product of an adjustment process that has typically led to an economic recovery. This is what we might be observing right now.

Myth #3: Emerging markets are as likely now as they were in the past to experience a deep economic and financial crisis

The last of our three myths is the assumption that emerging economies are at least as vulnerable as they were during the 1990s, when different crises hit Asian and Latin American markets. In reality, despite their branding, emerging economies do not look like a homogeneous pack of fast growing markets; rather, they are a heterogeneous group with different economic opportunities and challenges. And all of them have significantly changed over the last decade.

We can start by noting that some emerging central banks have actually cut their benchmark rates over the last year or so (e.g., Mexico, Thailand, Chile, South Korea, Poland, and Hungary). This is a noteworthy change with respect to the past, when these banks would typically increase interest rates in order to defend their currency from a sharp depreciation. Instead, nowadays these banks are fighting falling rates of inflation and production growth and, as in the developed markets, they tend to do so by easing liquidity conditions. Hence, weaker currencies should be seen as being part of their broader policy goals, somewhat as they are in Japan and the Eurozone.

As Figure 5 shows, emerging economies have also built a larger pool of reserves over the years. In particular, the 1997 Asian crisis taught several countries that foreign exchange reserves are required to maintain the credibility of their central bank and, if necessary, sustain their currency in times of difficulty. The ratio of reserves to GDP in the developing world has increased between 50% and 100% since the end of the last century, and today most of the central banks’ reserves amount to at least 15% of GDP. These are particularly significant numbers given the findings of Gourinchas and Obstfeld (2011), who argued that higher foreign exchange reserves drastically reduce the probability of a fully-fledged currency crisis.

Finally, emerging economies are today richer and stronger than in the past, and they have been able to issue larger amounts of debt denominated in local currency (Binstock and Polychronopoulos, 2013). For instance, during the global financial crisis of 2008–2009, emerging markets proved to be surprisingly resilient and, for the most part, output levels contracted only briefly (especially in Asia). In contrast, developed economies collapsed under the weight of their debts and leveraged financial system. More generally, emerging economies have been gradually gaining the trust of international investors and have substantially increased the issuance of local currency debt. This insulates them from sharp appreciations of the real value of their debts.

There are many appealing stories in the financial media that, unfortunately, bear little relationship to the historical evidence. In this piece, I highlighted the following empirical facts:

The historical evidence uncovers a significant relationship between capital market sentiment and emerging market currency returns. In particular, current emerging market valuations appear to provide the perfect battleground for value investors. These valuations have been dropping, setting the stage for what in the past has been a resounding rebound. While not all emerging economies share the same problems and perspectives, as a group these economies have been punished by a fluctuating market’s risk appetite. Without fear, there are no gains; once again, history might be repeating itself.

Gourinchas, Pierre-Olivier, and Maurice Obstfeld. 2012. “Stories of the Twentieth Century for the Twenty-First.” American Economic Journal: Macroeconomics, vol. 4, no. 1 (January):226–265.