The price of beef has been soaring over the past five years—up 80% cumulatively at the end of December 2015—but you’d never know it by looking at the official U.S. Consumer Price Index (CPI), which is up 7%, or 1.4% a year, over the same five-year span, and therein lies our beef. The developed nations of the world, are supposedly living in a low-inflation environment, at risk of tipping over into the abyss of deflation. That’s what the folks at the U.S. Bureau of Labor Statistics (BLS) tell us. And they should know, right?

Well, maybe not. Surveys suggest that the average American’s daily experience may be quite different. One-year consumer inflation expectations have been consistently higher than trailing and realized inflation over the last 20 years, and higher than more recent market-based inflation expectations, measured by one-year swap rates. Figure 1 shows how this divergence has grown larger since the financial crisis, suggesting the average household might have been feeling even greater pain during the recovery process than has been believed.

Since 1995, households have expected inflation to be, on average, 3.0%, whereas realized inflation has been around 2.2%, leaving an inflation “gap” of almost 0.8%. What explains this gap? The following is our hypothesis. The four “biggies” for the average American are rent, food, energy, and medical care, in approximately that order. These “four horsemen” have been galloping along at a faster rate than headline CPI. According to the BLS definition, they compose about 60% of the aggregate population’s consumption basket, but for struggling middle-class Americans, it’s closer to 80%. For the working poor, spending on these four categories can stretch to as much as 90% of total spending. Families have definitely been feeling the inflation gap, that difference between headline CPI and inflation in the prices of goods they most frequently consume.

Since 1995, the average year-over-year inflation rate for energy has been 3.9%, for food, 2.6%; for shelter, 2.7%; and for medical care, 3.6%. If we strip out all other items and recalculate the index based exclusively on these four components, we find the average rate has been about 2.9%, right in line with households’ expectations. Let us be provocative. If inflation—as experienced by the average American—is higher than official BLS “inflation,” then what exactly is the BLS statistic measuring?

It looks like the BLS thermometer is broken! Whatever temperature they show us, the actual temperature is higher, as experienced by the average American family. For instance, the reported CPI inflation over the past 10 years ending December 2015 was about 1.9% a year. If we focus on the “big four” over the last decade, the inflation that Americans experienced was about 0.5% more. Let’s call this 0.5% difference a “measurement bias.” Paradoxically, the inflation measures for these four categories are produced by the same people who assemble the CPI. Other sources peg the gap as being considerably larger.

These considerations have a direct bearing on our prosperity. How much real growth, for example, has occurred in the past decade? Officially, GDP has grown 1.4% a year, over and above inflation. Over the same period, the U.S. population has grown by 0.9% a year. Thus, real per capita GDP has risen by a scant 0.5% a year. Subtract the 0.5% measurement bias—probably a conservative estimate—and the average American has experienced zero growth in personal spending power over the past decade. With wealth and income concentration, if the average is flat, then median per capita spending power must be lower. Comparing 2015 with 2005, this feels about right. The official statistics do not.

The Great Recession begot a 5% reduction in U.S. real per capita GDP from the peak of 2007 to the trough of 2009. In the wake of the market collapse, major central banks around the world eased monetary conditions in lockstep with the Fed. It took nearly six years for U.S. real per capita GDP to regain its prerecession peak. This herculean task was achieved through massive spending and relentless borrowing from the nation’s current and future income. Has it worked? As always, it depends on whom you ask. We are deeply skeptical of claims that these massive interventions have helped. Real median household income has fallen by 4% since 2007, despite the “recovery” following the Great Recession! Comparing today to 1970, Figure 2 shows that real per capita GDP is up by 110%—more than doubling over the last 45 years! Yet, the median American has experienced less than one-fifth of this growth.

Middle-class Americans are struggling, as are middle-class Japanese and Europeans. Easy money, asset purchases, and negative interest rate policies of central banks across the developed world are intended to ignite the “animal spirits” of the private sector. Are they instead stifling economic and wage growth? Are they stimulating asset hoarding and bubbles, which fuel widening gaps between the haves and the have-nots, and feed class resentment? Are they leaving inflationary pressures unchecked and hollowing out opportunities for the middle class? These are provocative suggestions, which go against neo-Keynesian theoretical dogma, but they fit the objective evidence we see all around us. Sometimes common sense trumps theory.

Former Fed Chairman Ben Bernanke was quite candid in saying that zero interest rates and quantitative easing were intended to create a “wealth effect.”  He wanted asset values to rise so the affluent would spend more, so the economy could boom. He achieved the first of these: asset values rose. But who owns assets? The wealthy. What this “stimulated” is a growing gap between the haves and the have-nots: the wealthy got wealthier. That’s redistribution, backwards. Then, in a towering act of hubris and hypocrisy, the central bankers collectively deny they played any role in widening the income and wealth disparity, or in hollowing out the middle class. Ouch. But although the rich began to spend more, the impact on the economy was limited. If the rich mostly buy more assets (i.e., stocks, bonds, real estate, art, collectible cars, rather than “new stuff” that needs to be manufactured), doesn’t that just fuel more bubbles?

And let’s not forget the downside of bull markets. The benefits to the rich of accommodative monetary policy are short lived. The values of the assets they own soar, but the forward-looking returns on those assets crater. (Notice how hard it is to find a liquid mainstream market that offers real after-tax returns much above zero these days.) Then, net of spending and charitable giving, their wealth dissipates assuredly and rapidly, recycled into the economy with no assistance needed from the Pikettys of the world. The wealth of the richest is fleeting, typically dissipated by the third generation (Arnott, Bernstein, and Wu, 2015).

Worse, lousy forward-looking returns also afflict the young and the shrinking middle class. The future returns on their pension assets are horribly low, but the average American must prepare for retirement now, not later when the artificial policy-induced bull market ends and prices settle to more sensible levels. As a result, they invest their hard-earned money in the S&P 500 and hope for the best. Unfortunately, hope is not a strategy. To add insult to injury, their kids have essentially zero incentive to invest for the future or to buy (not at today’s prices!) those self-same assets from their parents to help transform them into goods and services their parents can consume in retirement. Zero-interest rate policies have crushed the opportunities and incentives for the middle class—and their kids—to save and invest.

The middle class is getting squeezed from every direction and is sadly disappearing. In 2008, according to Pew Research Center, 53% of adults considered themselves middle class. A scant 6 years later in 2014, as Figure 3 illustrates, that number had dropped precipitously to 44%. At this rate of decline, in 30 years there’ll be no middle class left! For the class warriors, don’t worry, be happy—the self-identified upper class has shrunk from 21% to 15% in that same 6-year span, so they’ll be gone in just 15 years!

We’re being deliberately provocative; we do not expect this to happen because pendulums swing both ways. But this particular swing of the pendulum is profoundly disturbing and is doing a lot of damage to what was once called “American exceptionalism.”

New business start-ups suffer too. Individual investors hesitate to fulfill their dreams of beginning their own businesses—home to the majority of our economy’s jobs—because they don’t know the cost of capital. Near-zero interest rates aren’t available to them, and the future cost of capital is unknown but presumed to be higher. The prospective regulatory regime three to five years hence is shrouded in mystery too. Corporations, like investors, are deeply wary about long-horizon investments with uncertain prospects. Why plow funds into long-term risky business ventures when low-risk (but, of course, high-priced) stock is available for buybacks and can be funded with near-zero-rate financing? The endgame is that the economy stagnates and the middle class slowly slips underwater. Is this speculation or fact? January 2016 was one of only a few months since the Great Depression with no IPOs.

The fears surrounding the global economy and the calls for negative interest rates highlight the uncertainty surrounding the near future. When central banks finally step away from overt market interventions, however, capital market valuations will presumably revert to the levels that would prevail in the absence of intervention. Does anyone think that will mean higher price levels?  Didn’t think so. Accommodative monetary conditions inflate asset prices into asset bubbles that sooner or later will seek their fair value. If the interventions are artificially propping up asset prices, the average investor is justifiably wary. If fair values are lower, the good news is that, after the one-off adjustment, forward-looking returns will once again be sensible.

Big Brother cannot take care of us. Only we can do that. Big Brother is us; the government is us. If we think a bureaucrat can take care of us better than we can take care of ourselves, or cares more about us than we care about ourselves, we’re deluded. The more we think we can offload our own responsibility for self-reliance—the longer we take to look under the bun and ask, “Where’s the beef?”—the more we invite our elite leaders to continue with the interventionist policies that have inflicted so much damage already. 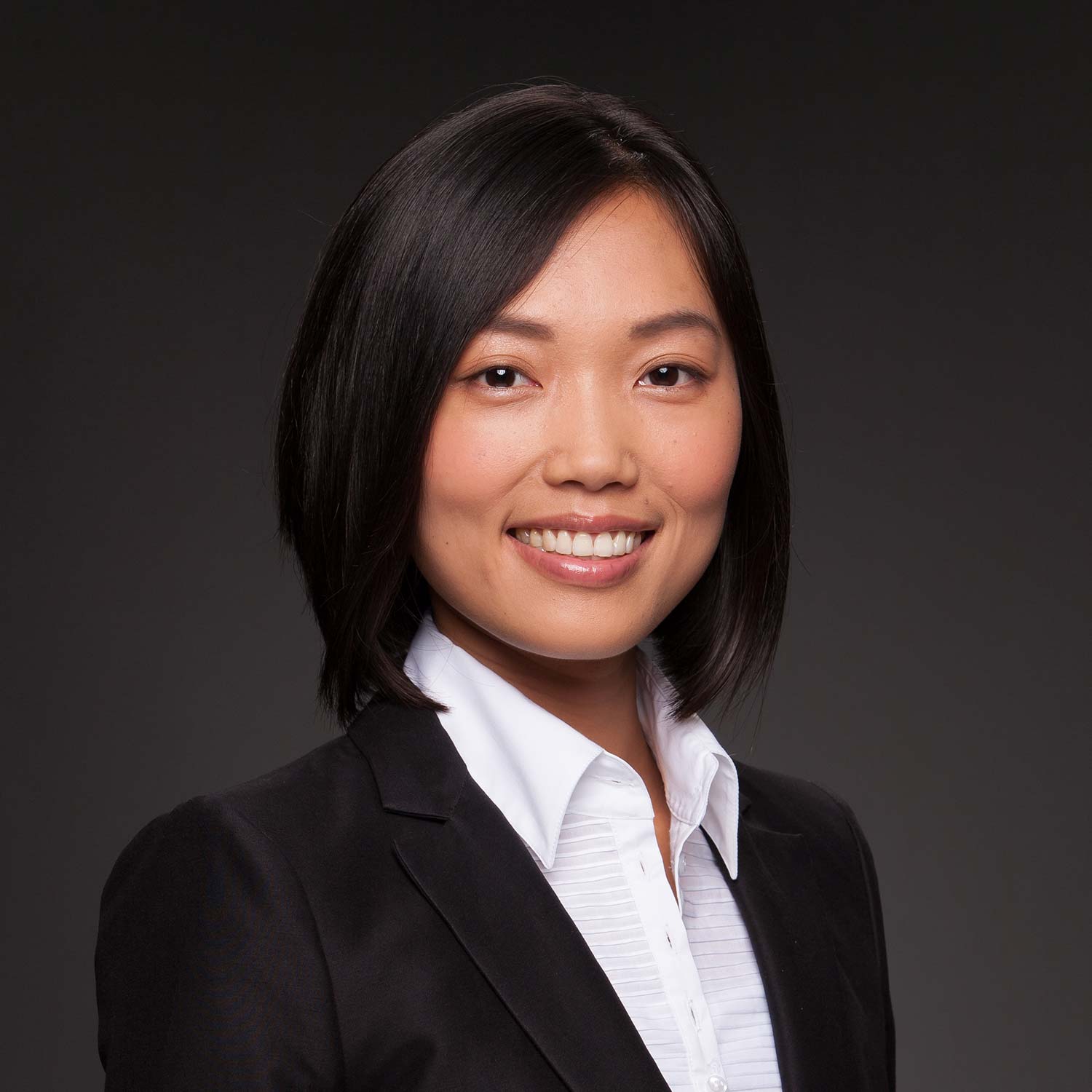