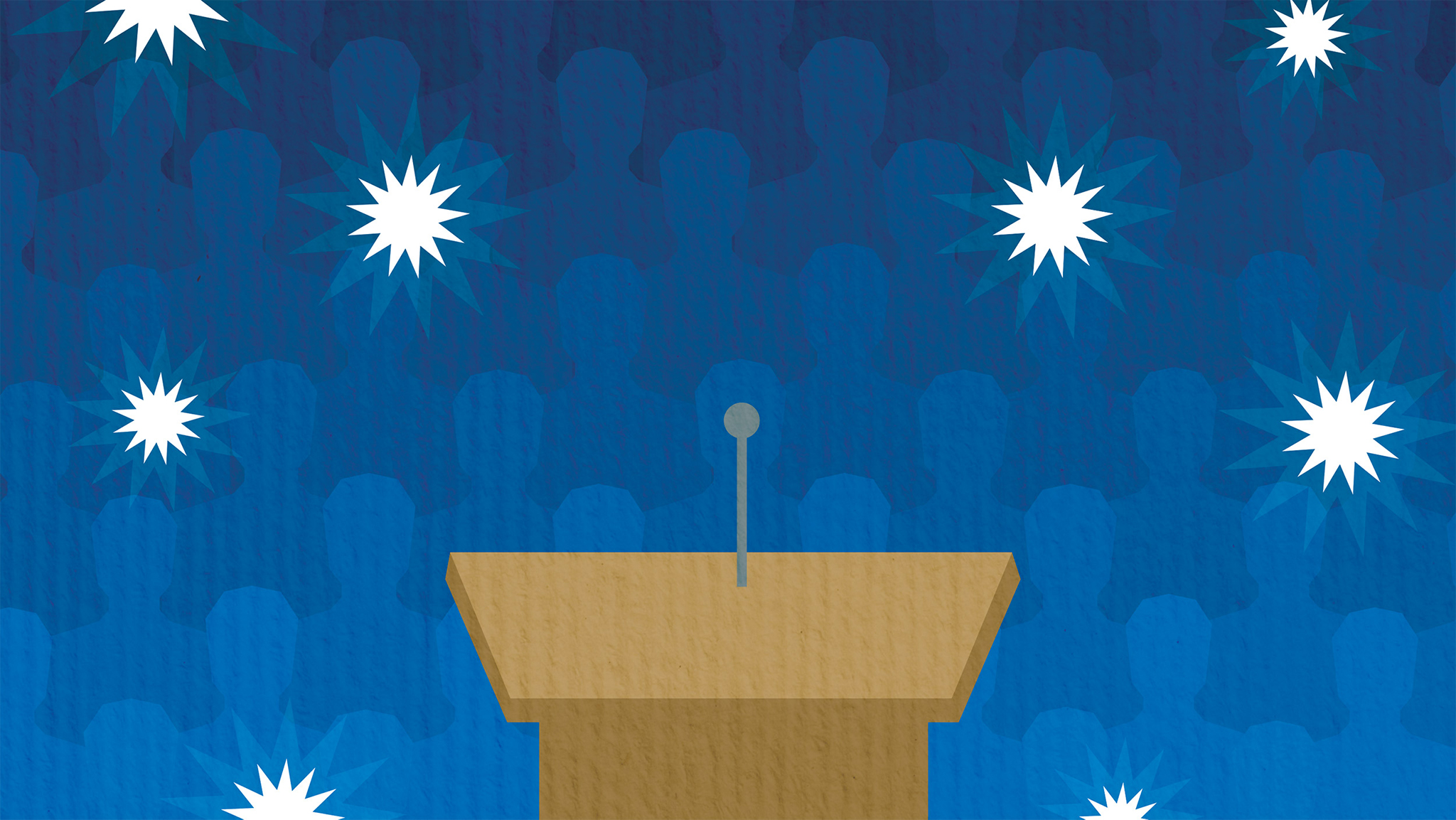 As with most new expressions, “smart beta” is in the process of seeking an established meaning. It is fast becoming one of the most overused, ill-defined, and controversial terms in the modern financial lexicon. Unfortunately, the success of so-called smart beta products has attracted a host of new entrants purporting to be smart beta products when, frankly, they aren’t! They stretch the definition of smart beta to encompass their products, a natural business strategy. Without a simple, generally accepted meaning, the term “smart beta” risks becoming meaningless.

Is that a bad thing? Probably not to the critics of the term smart beta. These are mainly the definitional purists. Bill Sharpe, who coined and defined “alpha” and “beta” in his seminal work (1964), famously remarked that the term makes him “definitionally sick.” His objection is completely legitimate: Bill defined beta as merely a measure of the non-diversifiable risk of a portfolio, measured against the capitalization-weighted market, and defined alpha as the residual return that’s not attributable to the beta. Some providers of traditional cap-weighted indices similarly object, either because they believed that there is only one “true” beta or because they infer from the smart beta label that its advocates believe that cap weighting is “stupid beta.”

C’mon folks, is the beta relative to the S&P 500 Index—an actively selected broad-market core portfolio— really the one true beta?! Also, the practitioner community has increasingly embraced the notion of seeking beta (which has already morphed in meaning to refer to exposure to chosen markets, not the total market portfolio of investable assets, as CAPM originally defined it) for free, and paying for alpha. Viewed in this context, smart beta actually can mean something useful: a smarter way for investors to buy beta with alpha. After all, if one can find a more reliable alpha, and pay less for it, that would be pretty smart.

The early critics of our Fundamental Index™ work were quick to point out that it was just a backtest and was merely clever repackaging of value investing. Well, it was a backtest, and it has a value tilt against the cap-weighted market. (Or, just to be provocative, does the cap-weighted market have a growth tilt against the broad macroeconomy, providing investors with outsized exposure to companies that are expected to grow handily, and skinny exposure to troubled companies?) It’s not a backtest any more, as we approach our 10th anniversary of live results; and it has outperformed the cap-weighted market in most of the world, during a time when value generally underperformed growth. Critics have become more muted, as the efficacy of the Fundamental Index method (and other so-called smart beta strategies) is better understood.

The term smart beta grew out of attempts by people in the industry to explain the Fundamental Index approach vis-à-vis existing passive and active management strategies. When Towers Watson, a leading global investment consulting firm, coined the expression smart beta, it was not their intent to label cap-weight as “dumb beta.” Indeed, they referred to it as “bulk beta,” because it could be purchased for next-to-nothing. There is nothing “dumb” about cap-weighted indexing. If an investor wants to own the broad market, wants to pay next to nothing for market exposure, and doesn’t want to play in the performance-seeking game, cap-weighted indexing is the smartest choice, by far. People are beginning to understand that the dumb beta is the fad-chasing investor who buys whatever is newly beloved and sells whatever is newly loathed, trading like a banshee. Fortunately or unfortunately, these folks are legion, as is well documented in Russ Kinnel’s important “Mind the Gap” white papers (2005, 2014).

As the debate over the smart beta label grew, Towers Watson (2013) sought to clarify the meaning of their expression with the following definition:

“Smart beta is simply about trying to identify good investment ideas that can be structured better… smart beta strategies should be simple, low cost, transparent and systematic.”

This straightforward definition indicates what investors ought to expect of a smart beta product. Our research suggests, however, that many alternative beta strategies fall short of this definition. Some are overly complex or opaque in the source of value added. Others will incur unnecessary implementation costs. Many so-called alternative beta strategies don’t seem so smart, by Towers Watson’s definition.

The problem may be that even this definition is not clear enough. The absence of a rigorous, generally accepted definition gives me-too firms enough latitude to stamp smart beta on anything that’s not cap-weighted indexing. The way the term is bandied about, without much regard for meaning, is a disservice to investors.

We don’t presume to define smart beta for the industry, but we would like to see more consistency in how the label is applied. Our definition builds on the Towers Watson definition, adding more specificity as it relates to equity strategies, where the smart beta revolution began almost a decade ago:

A category of valuation-indifferent strategies that consciously and deliberately break the link between the price of an asset and its weight in the portfolio, seeking to earn excess returns over the cap-weighted benchmark by no longer weighting assets proportional to their popularity, while retaining most of the positive attributes of passive indexing.

The shortcomings of cap-weighted indices are by now well understood and widely acknowledged. Cap-weighted indices are “the market,” and they afford investors the market return. That’s indisputable. Nonetheless, because constituent weights are linked to price, they automatically increase the allocation to companies whose stock prices have risen, and reduce the weight for companies whose stock prices have fallen. If the market is not efficient, and prices some companies too high and some too low, then cap-weighted indices naturally have disproportionately large concentrations in companies that are likely to be overvalued and light allocations in companies that are disproportionately undervalued.

This structure creates a return drag that is overcome by breaking the link between price and weight in a portfolio.1  In fact, our research indicates
that any structure that breaks the link between price and weight outperforms cap weighting in the long run.2  In this sense, our work on the Fundamental Index concept is not special!3  Equal weight, minimum variance, Shiller’s new CAPE index, and many others, all sever this link, and empirically add roughly the same alpha. This can be done simply, inexpensively, and mechanistically; these ideas show good historical efficacy all over the world; and some have live experience that roughly matches the backtests. Accordingly, this way to pursue a particular beta might rightly be considered “smart.”

In periodically rebalancing to target weights that are unrelated to price, smart beta strategies engage in value investing: They buy low and sell high (we have demonstrated this result elsewhere4 and will return to it in a moment). It will surprise many readers to learn that the value tilt is empirically a far smaller source of return than is the rebalancing process itself.5 After all, what could be more uncomfortable than systematically trimming our holdings in the most extravagantly newly beloved companies, while topping up our holdings in the most newly feared and loathed companies? These portfolios look perfectly reasonable; their trading does not. That’s where the alpha is sourced: contratrading against the legions of investors who chase fads and shun recent disappointments.

Accordingly, breaking the link with price is, in our view, the most important component to any useful definition of smart beta. Strategies that use market capitalization in selecting or weighting securities, such as cap-weighted value indices, are not smart beta using our definition: they leave money on the table due to the same return drag that afflicts any cap-weighted strategy.6

Compelling as it might be to define smart beta simply as those equity strategies that break the link with price,7 we believe that tapping a reliable source of excess return is not sufficient to merit the label smart beta. As our general definition for equity market smart beta indicates, we also think smart beta solutions should retain some of the key benefits of passive investing, including:

We think of these traits as family traits. Few will have every one of these traits; we’d be inclined to apply the smart beta label to a strategy that displays most or all of them. To us, the trait in our primary definition is sacrosanct: Any strategy that is not valuation-indifferent, that does not break the link between the weight in the portfolio and price (or market cap), is not smart beta.

We’ve described what smart beta means to us, and, in the process, indicated what we think investors should expect of products that are marketed as smart beta strategies. Is it also reasonable to expect long-term outperformance relative to cap-weighted indices? We cannot know the future. Perhaps, in the years ahead, investors will be rewarded by owning more of whatever is most expensive and less of whatever is least expensive. Personally, I doubt it.

We can know the past. So-called smart beta strategies have produced value-added returns in long-term historical testing, all over the world, and on many9  live-asset portfolios. And this outperformance has been driven, in large part, by the inherently value-based trading that takes place when smart beta portfolios are rebalanced to non-price-related weights. In long-term simulations, smart beta strategies have generated excess returns relative to cap-weighted indices. For instance, Figure 1 traces the hypothetical cumulative returns of a fundamentally weighted U.S. index and the comparable returns of two cap-weighted indices—a broad market index and a traditional value style index—over the 35-year period from 1979 through 2013. The fundamentally weighted index outperformed both of the indices whose weighting methods incorporate market prices.10

A cautionary note is in order. As with any strategies, smart beta investing is a long-term strategy. Only a charlatan would encourage customers to expect 100% probability of future outperformance. There have been prolonged periods of underperformance, especially in secular bull markets. Smart beta strategies are contrarian, and they make sense only for investors with long-term planning horizons and a willingness to tolerate uncomfortable (even profoundly uncomfortable) portfolio rebalancing trades.

Smart beta has been roundly dismissed as a marketing buzzword, rather than a significant development in finance theory and investment practice. We like the name, partly because it is jarring and controversial, but we don’t for a moment deny that it has been misused to flog me-too products. We hope that, by sharing our thoughts about the nomenclature, we can nudge the discussion in the direction of the real issue: how to best manage investor assets. Our commitment is to deliver on the promise of smart beta, to deliver the best smart beta ideas that we can.